The United States spends far more than any other country on defense and security. Since 2001, the base defense budget has soared from $287 billion to $530 billion — and that’s before accounting for the primary costs of the Iraq and Afghanistan wars.

1) The United States spent 20 percent of the federal budget on defense in 2011. 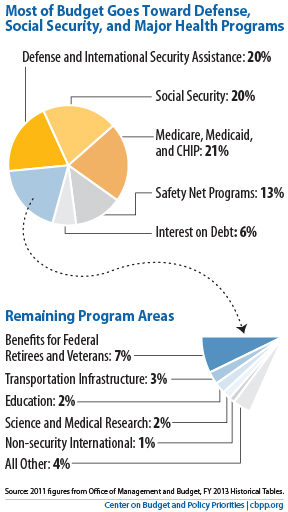 All told, the U.S. government spent about $718 billion on defense and international security assistance in 2011 — more than it spent on Medicare. That includes all of the Pentagon’s underlying costs as well as the price tag for the wars in Iraq and Afghanistan, which came to $159 billion in 2011. It also includes arms transfers to foreign governments.

(Note that this figure does not, however, include benefits for veterans, which came to $127 billion in 2011, or about 3.5 percent of the federal budget. If you count those benefits as “defense spending,” then the number goes up significantly.) …

2) Defense spending has risen dramatically since 9/11. 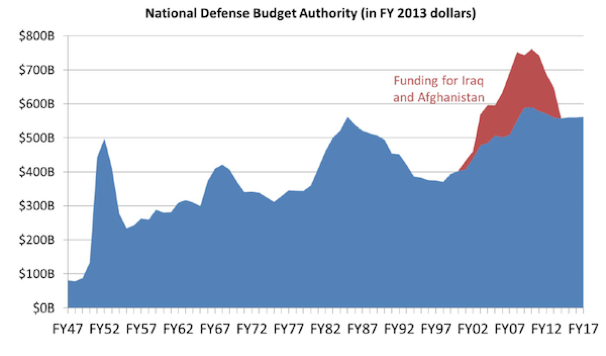 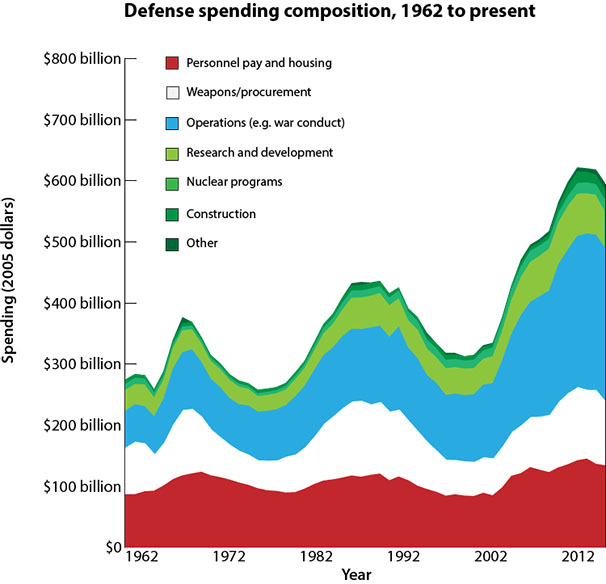 In 2011, the Pentagon spent about $161 billion on personnel pay and housing, $128 billion on weapons procurement, and $291 billion on operations and maintenance— the last largely in Iraq and Afghanistan. Those three items made up the bulk of the budget. Smaller amounts also were spent on R&D (about $74 billion) and nuclear programs ($20 billion), as well as construction, family housing and other programs ($22 billion). …

4) The United States spent more on its military than the next 13 nations combined in 2011.

5) The U.S. defense budget is poised to shrink in 2013 and beyond, although this won’t be the biggest downsizing it has ever faced. 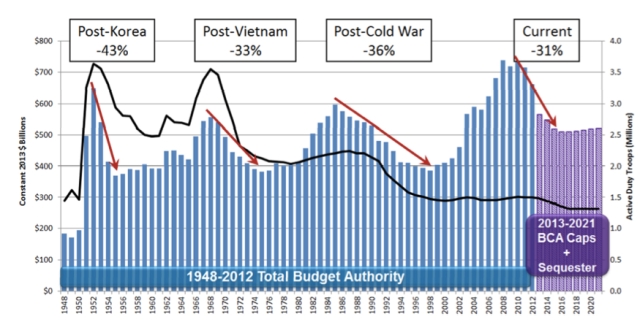 That’s a serious cut. Although, as the graph above from the Center for Strategic and International Studies shows, even if the sequester is fully implemented, which no one expects, the drawdowns after Korea, Vietnam and the Cold War were far more drastic in inflation-adjusted dollars. …

6) Sequester or no sequester, the 2011 Budget Control Act is expected to rein in the Pentagon’s base budget over the next decade:

These numbers don’t include any additional war funding that Congress might approve over the next decade. Still, sequester or no sequester, the Pentagon’s base budget will be well below the dark blue solid line, which is the CBO’s projection of what the Department of Defense’s budget would look like if costs remained “consistent with DoD’s recent experience.”

7) The Pentagon and Congress are already rejiggering the military budget in response to austerity.

8) The next secretary of defense will have to make further tough choices about the Pentagon’s budget. 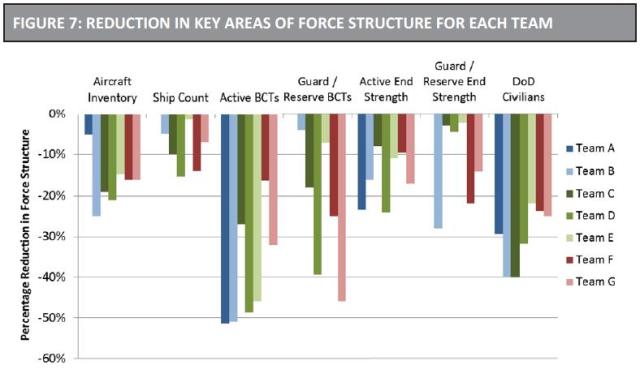 9) Ordinary Americans want to cut defense spending far more than is already on the table, 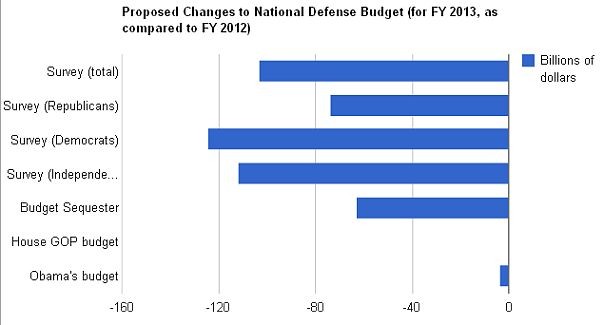 Back in May, the Stimson Center unveiled the results of a new survey asking U.S. voters about their views on defense spending. … Congress isn’t likely to pay much attention here, but it’s a reminder that defense cuts tend to be extremely popular.