Deborah first worked for UNESCO backed African publications before programming international film and arts festivals; a production assistant for David Puttnam’s company Enigma she went on to be Director of First Film Foundation, working with new directors from the UK, Europe and USA, developing and executive producing first films for film and TV and working with leading producers and directors as mentors.

She later became head of development for Patrick Rainsford and actor Gabriel Byrne’s company, Mirabilis – USA/Ireland/UK. Her first short screenplay starred Martin Sheen, and she is a former governor of the London Film School. A change of direction took her into the NGO sector, first in the peace movement and in 2004, joined Christian Aid on Trade Justice campaign as Global Campaigner, role to popularise the campaign through enlisting internationally recognised ambassadors; delivering high profile events; film and TV projects focused on trade issues. She left Christian Aid to co-found TPFF, which launched summer 2009. 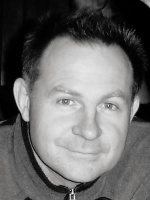 Kevin has over 20 years of campaigning experience. He started out as a community worker in Belfast working on issues of conflict resolution, inner city regeneration and youth empowerment. Moving to London in 1992 Kevin began working for international development agency Christian Aid and has been at the forefront of the organisation’s campaigns on landmines, Jubilee 2000 debt cancellation, supermarkets, trade justice and climate change.

In his role as Global Campaigner at Christian Aid, he collaborated with a number of partners in using still photography and documentary film to communicate issues of global justice. He co-founded TPFF in 2009 with Deborah Burton and Justin Butcher.

In 2005, Justin directed the Trade Justice Vigil at Westminster Abbey for the MPH campaign, starring Vanessa Redgrave, Pete Postlethwaite, Damian Lewis, Ronan Keating, Beverley Knight and Jools Holland. As activist, Justin campaigns on trade, illegal detention, Stop The War, child soldiers and environmental concerns, and works widely in the charitable sector. He helped with the early funding of the acclaimed documentary Black Gold.  He was the creative director of Bethlehem Unwrapped at St James’s Piccadilly and the writer/performer of the highly acclaimed theatre monologue The Devil’s Passion.

Adjoa’s many credits embrace television, theatre, film and radio. Her TV credits include Dr Who and Casualty; her theatre work is extensive and has included leading roles in National Theatre productions such as David Hare’s ‘Stuff Happens’ and Philip Pullman’s ‘His Dark Materials’. Adjoa also reads regularly for Radio 4 productions, such as ‘No 1 Ladies Detective Agency’.

She has starred in a number of films including ‘Adulthood’ and Clint Eastwood’s ‘Mandela’ project, alongside Morgan Freeman and Matt Damon. She is currently starring as Lady Danbury in the Netflix series ‘Bridgerton‘.

Adjoa is dual heritage British and Ghanaian and has a strong and long-standing commitment to development issues, drawing on her first hand knowledge of the impact of western policies on poor nations especially within the West African context, on which she has spoken out and campaigned on as an ambassador for the Trade Justice Campaign. She is a Patron of the Fair Trade Foundation. 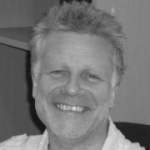 Currently Director of Health Poverty Action, an international NGO working with some of the poorest and most marginalized communities in Africa, Asia and Latin America – to help them change the factors that deny them their right to health. Martin has a long background in the voluntary sector, initially an award-winning grass-roots community development worker in the UK, before moving to international development.

After a few years as National Secretary of World Action, a programme engaging young people in social justice issues, he spent the next decade as Head of Campaigns at Christian Aid. Here he played leading roles in Jubilee 2000, Drop the Debt, the Trade Justice Movement and was one of the coordinators of Make Poverty History.

Dionne has wide-ranging and longstanding experience of taking development issues to the African and Caribbean Diaspora in the UK, both faith and non-faith based. Her Pan-African work also includes international outreach in USA and the Caribbean. She is a qualified counsellor and lecturer, and a founder partner of the African Development Forum, set up to encourage black Christians in the UK to support African economic and social development. In her role at CA, she supported the making of Channel 4’s ‘Great African Scandal’, with Dr. Robert Beckford.

Karen is a published novelist, produced screenwriter, and script development executive. She has twenty years experience in the feature film industry as a script editor and analyst for European and North American film funding bodies, producers, and writers. She also has extensive pan-European experience in screenwriting training for professional writers and at university level.

Phil has recently retired after spending the majority of his career working for the Health and Safety Executive, first as an Inspector and then as a Policy Manager. In early 2006, he became Secretary to the independent board appointed to investigate the major explosions and fires at the Buncefield oil depot near Hemel Hempstead, a position he held till the Board completed its work in December 2008. He was an active trade unionist throughout this time in the HSE, being a member of the national Executive of his civil service trade union for 25 years, with three of those years elected as union President. Though he has no background in the arts, he is enthused by the ideas behind Tipping Point Film Fund – giving human reality to complex issues of social justice. As Treasurer, he brings proficient numeracy skills and experience of this role in another voluntary organisation.

Ho-Chih left Taiwan for UK to broaden his horizon. Prior to his involvement in social-issue documentaries, he was trained as a quantum physicist. His focus, however, gradually moved away from natural phenomena towards social and human issues. He first got involved in the highly successful crowdfunding campaign on Kickstarter for We Are Many, a feature documentary where he was an Associate Producer. Convinced by the power of films to spread public awareness and initiate collective actions, he is now a member of the TPNS team. Ho-Chih is lead researcher on a number of TPNS projects including the Five Percent Campaign, as well as our economic justice related work. He manages social media for the organisation as well as covering some of our in-house video filming and editing for our Make Apartheid History campaign.

He holds a PhD from University College London and an MSc from London School of Economics and Political Science.

Freelance Management Accountant and Book-Keeper. Valerie graduated in biological sciences from Swansea University and went on to train as a social worker where she worked for many years in London, before a change of direction took her into accounts and book-keeping. She has worked for BASIC and North Kensington Law Centre as book-keeper; she also ran her own book shop, a co-op called Green and Red. She is a much valued member of the TPNS team