We hope you’re coping ok with the heat and staying safe as you can, as we all try our best to navigate these difficult, complicated, prolonged Coronavirus times.

Below is our summer news round-up plus a couple of film recommendations – both speaking to incredibly important issues – and, being robbed of the chance to show in cinemas, the directors are doing the next best thing: virtual events.

We hope you can join them.

Meantime, wishing you a safe and happy rest of the summer.
Deb, Ho-Chih, Kev & all at TP.

NO EXTRADITION
Thursday 13 and Saturday 15 August 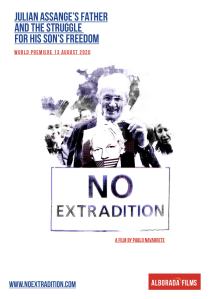 A new documentary by our friend and colleague Pablo Navarrete of Alborada Media. ‘No Extradition’ is a 36 minute documentary about John Shipton, the father of Julian Assange, and the struggle for his son’s freedom. The Q&A following the film on Thursday will be chaired by Suzie Gilbert, co-producer of Oliver Stone’s film South of the Border.

If extradited to the USA, Assange could be given a sentence of up to 175 years in prison for releasing information in the public interest. The latest and possibly final extradition hearing begins on Monday 7 September. The film aims to raise awareness in advance of the hearing. Here is Amnesty International’s European Director in October 2019 calling for the extradition to the USA not to go ahead.

A long time in the making but we are very excited to share news of the latest film COUP 53 by Taghi Amirani (and co-produced by his brother Amir Amirani, producer/director of We Are Many). It will be premiered on August 19th with virtual screenings via independent cinemas across the UK, Ireland, USA and Canada.

August 19th marks the 67th anniversary of the Anglo-American coup in Iran and the film lifts the lid on secrets buried for 67 years. While making a documentary about the CIA/MI6 coup in Iran in 1953, Amirani and renowned, award-winning editor Walter Murch discovered never seen before archive material. The discovery of the 16mm footage and secret documents allowed the filmmakers to tell the story of the overthrow of the Iranian government in unprecedented detail.

Working with Ralph Fiennes to bring the lost material to life, what began as a historical documentary about four days in August 1953 turns into a live investigation, taking the filmmakers into uncharted cinematic waters. The roots of Iran’s volatile relationship with America and Britain has never been so forensically and dramatically exposed.

Read this weekend’s Observer/Guardian article about the film here.

A ticket for the screening also includes an exclusive Q+A with Ralph Fiennes, Walter Murch and Taghi Amirani which will be available on 20 August.

50% of all proceeds from ticket sales will go directly to Stop the War Coalition.

Tickets: Find your local cinema here https://coup53.com/screenings/ to purchase tickets. NB If you are interested in hosting or know an independent cinema who would be keen to host please sign up via the site www.coup53.com

WE ARE MANY
100 Cities Virtual Launch USA/Canada Sept 21st 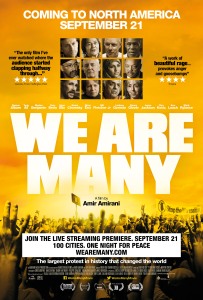 Post BLM Matter protests in the USA, Amir Amirani’s film still speaks to the power of protest and the importance of appreciating and understanding the legacy of protest, over time. We’re thrilled that the film will be ‘virtually’ released in cities across the USA and Canada on the UN Day of Peace – September 21st

For our friends on the USA/Canada – find out more here! https://www.wearemany.com/screenings/ 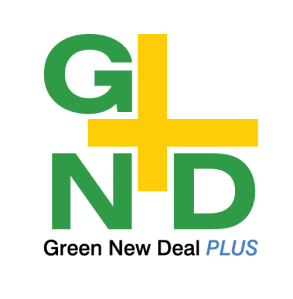 GREEN NEW DEAL PLUS   We were delighted to be invited to offer evidence to the APPG Green New Deal group and their RESET initiative. RESET is gathering evidence call on how we rebuild a green post-Covid 19 recovery from (i) policy-groups, NGOs etc and (ii) the wider public.  We have been making the case to the GND Group and GND supporting MPs that for any GND to be comprehensive, it must not omit inclusion of the UK Military’s carbon footprint (day to day operations, conflicts, overseas bases). Our GND Plus is a three point plan that argues for (i) the decarbonisation of the military (ii) following on from this, a much overdue debate about the narrow definition of ‘defence’ in a climate changed, post-pandemic/pandemic ready world and (iii) reprioritisation of defence spending to include climate mitigation, disaster risk reduction, global pandemic readiness, much greater peacekeeping capacity through a framework such as our Five Percent Proposal. We are looking forward to meeting some of the key GND MPs in the autumn, to share our ideas. The Green New Deal Bill was retabled in July by Caroline Lucas and Clive Lewis.

RESCHEDULED CLIMATE CONFERENCE The planned November 2020 COP in Glasgow has had to be rescheduled for November 2021 due to Covid 19 and meant that our plans this winter for an event inside the COP on the role of the global military in climate change, with a number of partner NGOs and expert speakers from UK and USA, has had to be pushed forward to 2021.  We are currently finishing up a report which looks at global military spending and foreign & defence policy through the combined lens of pandemic, climate change and ‘Value for Money’.

We are indebted to two new major funders of our GND Plus and our military spending/climate change work.

The nature of the militarisation of USA – the blurring of the lines between police and army – was never clearer than in the extreme and provocative police response to the protests sparked by the murder of George Floyd. It was no surprise, as the protests grew across the USA then internationally, that the life, legacy and lived example of Martin Luther King came to the fore, again. His ‘triple evils’ – economic exploitation, racism and militarism – are arguably more interlinked and more prescient now than at the time of his murder, in 1968. We continue to make the case for an international development campaign based on MLK’s triple evils.

Writing about George Floyd’s final words ‘I can’t breathe’ Achille Mbembe, Research Professor in History and Politics at the University of the Witwatersrand, wrote

“Before this virus, humanity was already threatened with suffocation. If war there must be, it cannot so much be against a specific virus as against everything that condemns the majority of humankind to a premature cessation of breathing, everything that fundamentally attacks the respiratory tract, everything that, in the long reign of capitalism, has constrained entire segments of the world population, entire races, to a difficult, panting breath and life of oppression. To come through this constriction would mean that we conceive of breathing beyond its purely biological aspect, and instead as that which we hold in-common, that which, by definition, eludes all calculation. By which I mean, the universal right to breath.”

Here is our MLK Global statement on the murder of George Floyd.

From Pink to Prevention

The Covid-19 virus is shining a very harsh light on public health and the multiple inequalities which have contributed to decades of illness and disease. While there is poverty and inequality, we cannot protect public health.  Covid 19 has also shown us that prevention is key to saving lives, but that prevention – as is all too often the case – is a poor relation to cure.

Now is also a moment for looking at another area of public health: reframing our approach to cancer, again through the lens of prevention.

FPTP’s Helen Lynn led on co-ordinating an open letter to Cancer Research UK, asking about their plans for the primary prevention of cancer (ie stopping the disease before it starts). Earlier this year, the Association of European Cancer Leagues produced a position paper setting out core principles and a framework that should be at the heart of every cancer plan, namely: participatory decision making; social justice and a rights-based approach; sustainable investment; health in all policies, and cross-sectoral collaboration. Since CRUK is a member of the ECL, we wanted to hear more about their plans.  A large group of academics, environmental and health and safety organisations signed the open letter to Cancer Research UK.

As with our regular exchanges with Breast Cancer Now, From Pink to Prevention argues tirelessly for the major cancer research organisations to acknowledge and act upon the environmental and occupational links to breast cancer.  We are in an ever polluted environment and it is beyond comprehension why this dimension – this risk – is forever ignored?