There is a huge imbalance of national military spending around the world. Just the top 10 spenders alone account for 76% of the total global military spending. If we add in the next 10 top spenders, the top 20 spenders together spend 87% of the global total, that’s nearly 7 times as much as the rest of the world combined. In SIPRI’s research, they consider 170 countries out of nearly 200 independent countries in the world, no data is available for 34 countries in 2012. Nevertheless, that still leave us more than 100 countries in the rest of the world group. 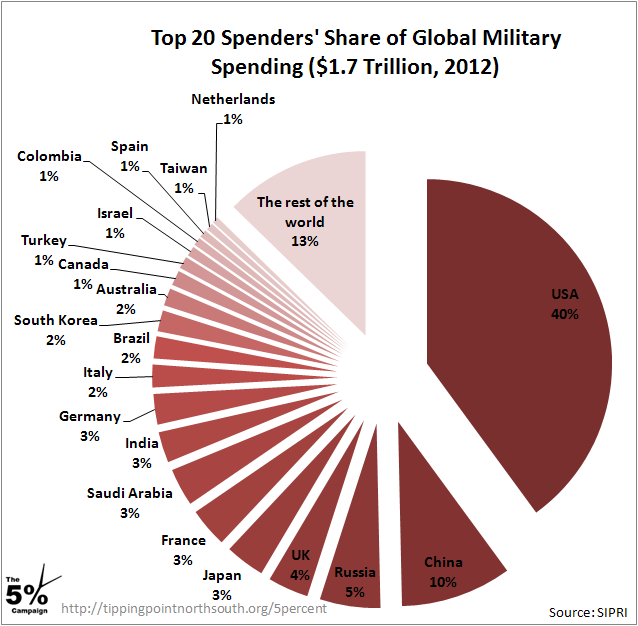