It seems too much to hope that a General Election might actually bring a positive and progressive resolution to past three wasted years on Brexit – but hope we must.

Over the past couple of years we have periodically mounted events with a focus on the contemporary relevance of Clement Attlee and for one reason: Attlee is an object lesson in applying political will for the greater good, no matter how great your detractors – and he had many, both internally in the Labour Party and externally, notably the hostile right wing press. 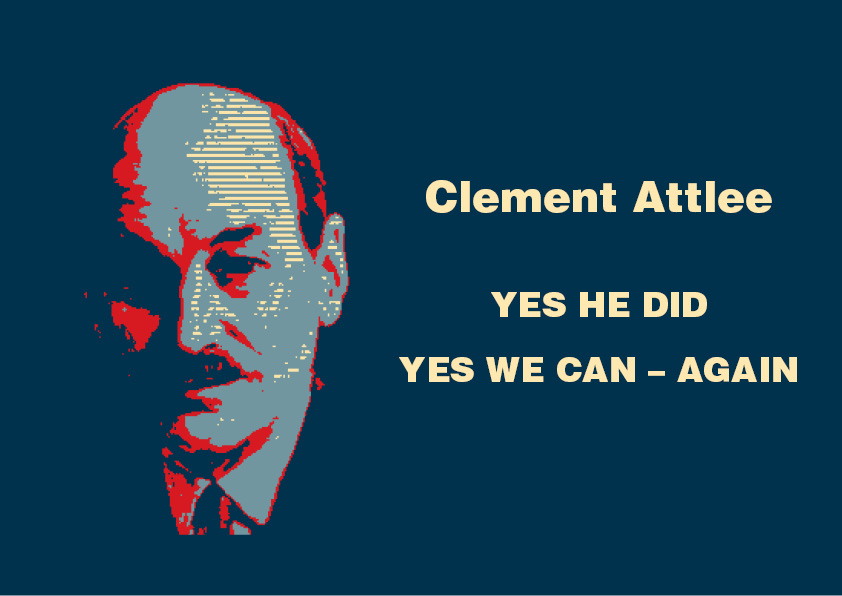 Attlee was a shy (stammering in fact) man, slight in stature, considered by many too weak to lead devastated post-war Britain. So much for the criticisms – he proved a transformational leader, on his own terms.

He set the ‘terms of reference’ for progressive domestic policy for the next 70 years. How do we ensure that the next 70 years are just as ambitious and therefore effective at pushing back those economic interests intent on trashing this precious legacy? How do we prize and protect the notion of ‘generosity to the future’ so powerfully embodied in the Attlee administration? Attlee’s story and his political journey is as relevant now as it ever was.

Highlights of our ATTLEE NATION events 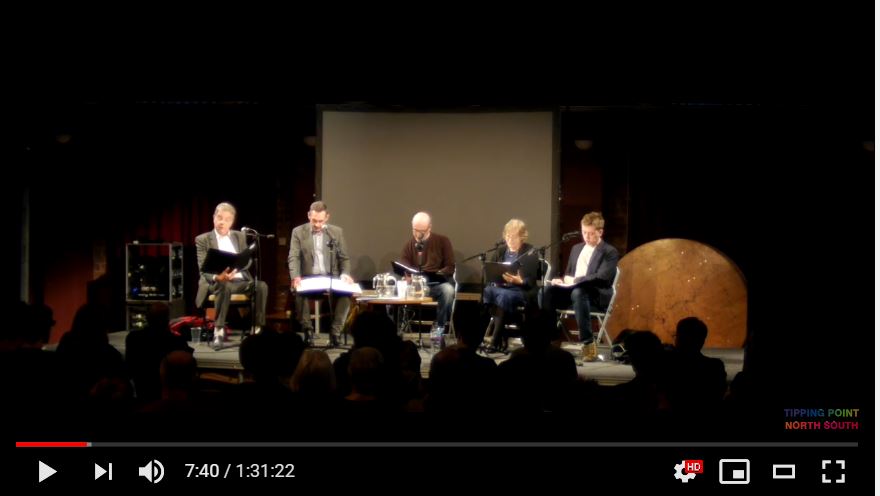 Clement Attlee: Yes He Did – Yes We Can Again – a mini festival celebration of Attlee and his government
https://attleenation.org/attlee-remembered-weekend-2017-photos-videos/

“Attlee’s political genius was to give people a sense of hope, a clear route map out of depression, war and austerity towards the social and economic justice they craved. His government rebuilt Britain, and the next government needs the political courage to do the same – including giving working people a voice so we can help build a more equal, more democratic country. We must not miss the chance again.” Frances O’Grady, Gen Sec TUC 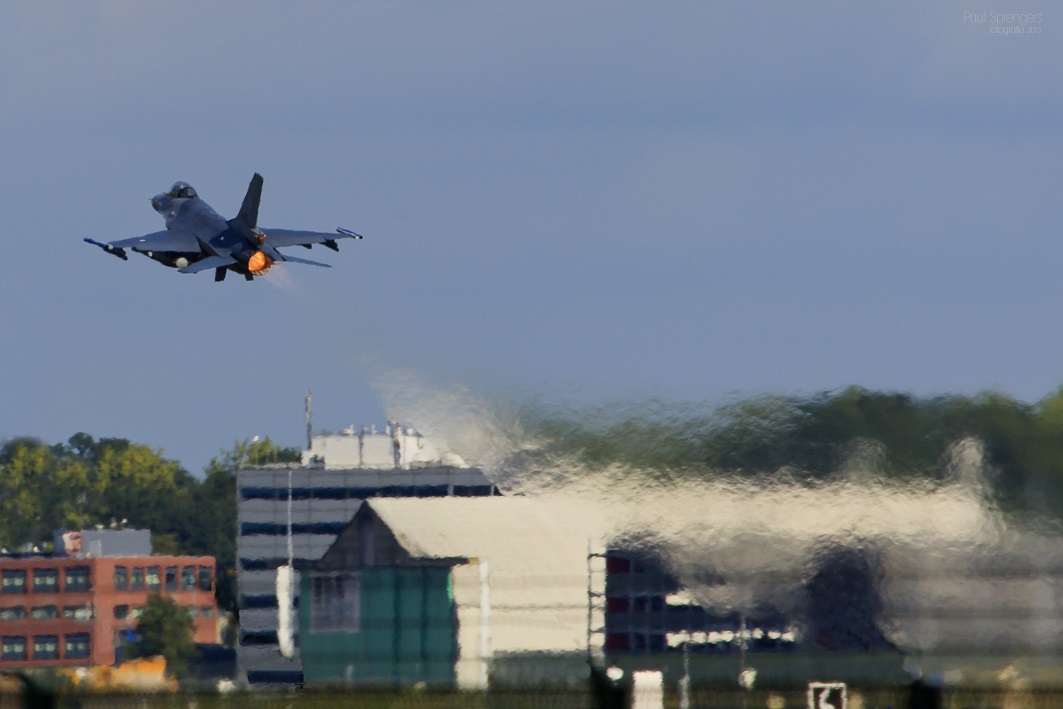 We dedicated much of the spring and summer to our military spending campaign proposal, including the research and writing of a lengthy report on the role of the global military and climate change. We are looking forward to its publication early 2020 with a leading international development agency and taking this challenging but urgent issue out more widely across the development sector. We will also publish a number of new, complementary 5% briefings around the same time.

This work in turn led us to looking at various Green New Deal proposals in the UK, USA and Europe. We realised no GND plan touched upon the role of the military in climate change.  We’re delighted that our GND Plus concept has now been introduced to various members of the GND UK Group as well as the GND Europe movement and we look forward to deepening these conversations after the UK election and as we move toward the 2020 COP in Glasgow. 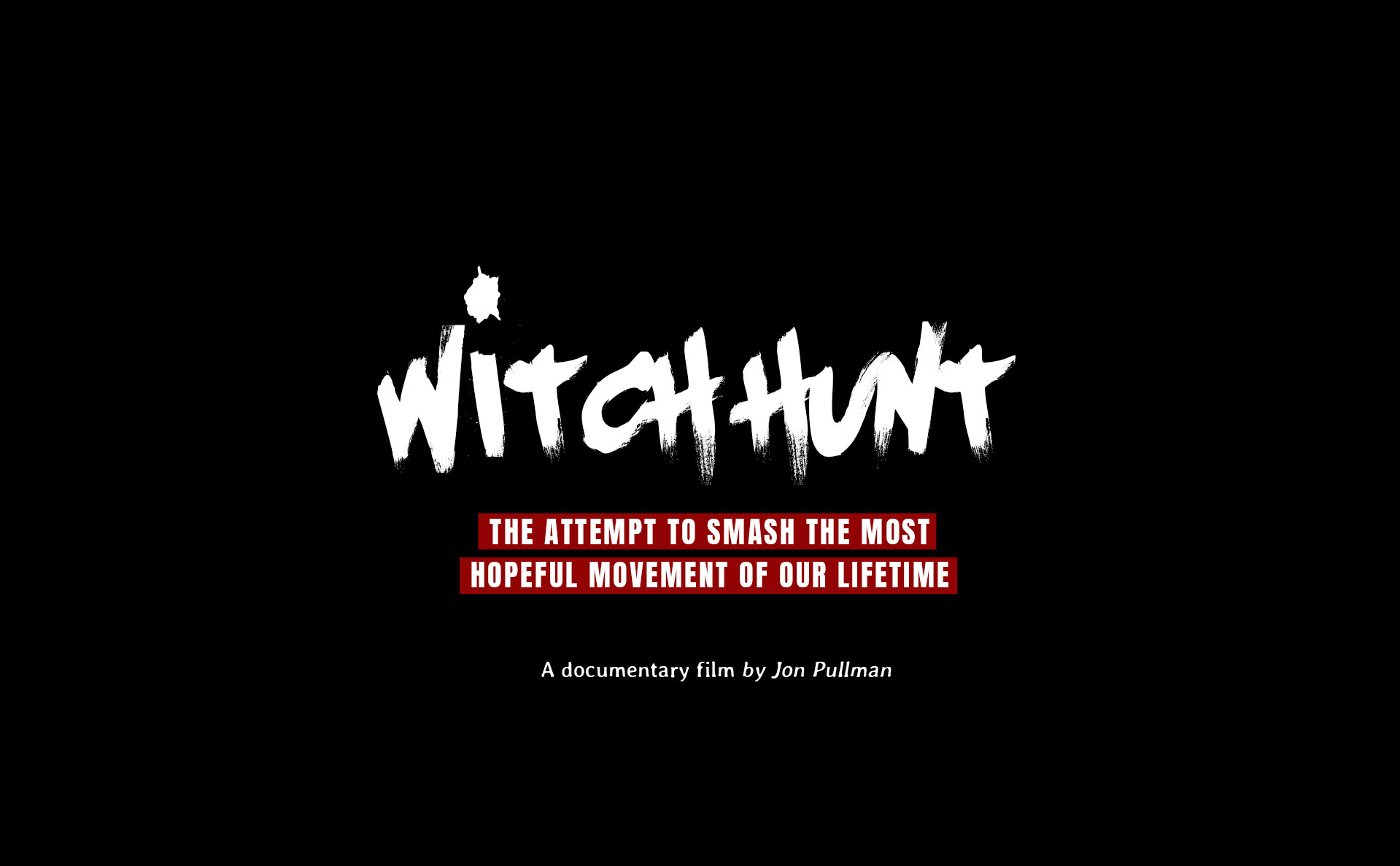 Throughout the summer, despite the difficulty of getting the film shown in certain quarters, we supported the effort to get Jon Pullman’s film WitchHunt out to audiences. The support offered to the film’s team by leading British Jewish and non Jewish film-makers was deeply appreciated.

Through a series of interviews, analysis and witness testimony, WitchHunt explores the connections between the attacks on Jeremy Corbyn and the Labour Party; the ongoing tragedy of Palestine; and the wider struggle against race-based oppression. It argues that if it is to mean anything at all, the fight against racism must be a shared one that includes all peoples.

In July, a special memorial screening of Leila Sansour’s first film Jeremy Hardy vs the Israeli Army was held in London, hosted by Mark Thomas and in aid of  Medical Aid for Palestine. It was a beautiful tribute evening to Jeremy, with Leila and his widow, film-maker Katie Barlow, joining Mark Thomas for discussion. The film still stands the test of time.

Watch here and remember the pro-Palestinian activist that was comedian Jeremy Hardy.

FROM PINK TO PREVENTION 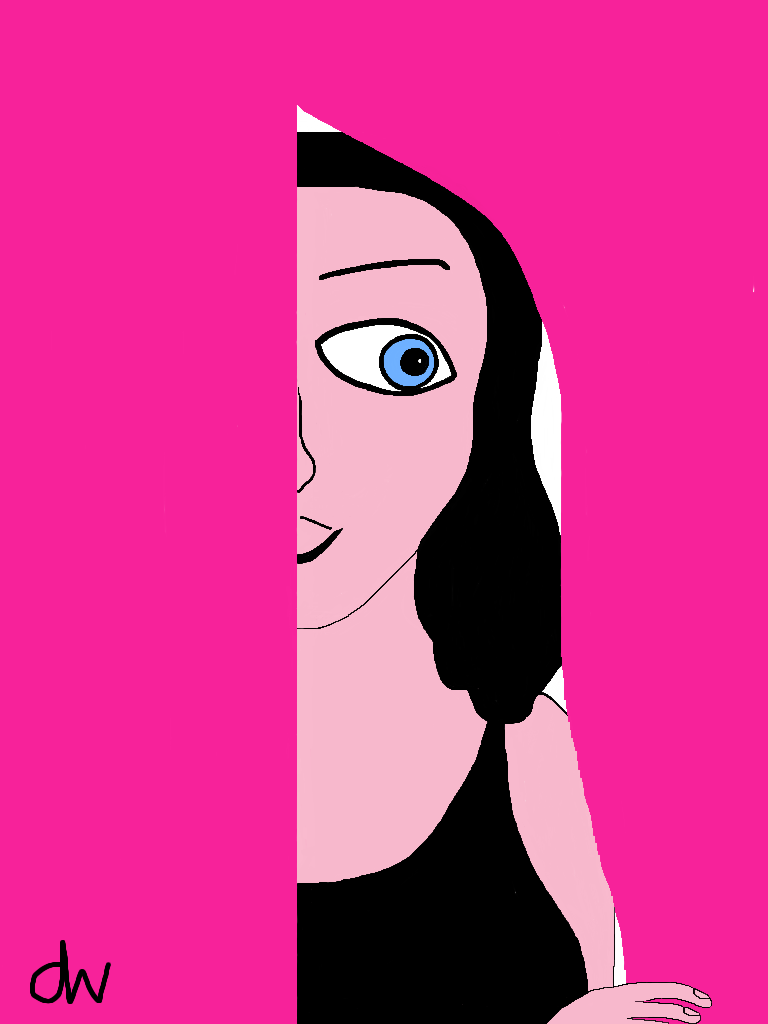 To mark the conclusion of October Breast Cancer Prevention Month, our From Pink to Prevention campaign launched a 38 Degrees petition entitled No more poison in our hands – Time for a ban on all paper till receipts. Every time you shop, the chances are you end up with Bisphenol A (BPA) on your hands. BPA is a chemical used to coat till and other types of receipts and can be readily absorbed through the skin, interfering with our hormones and is linked to breast and prostate cancer, diabetes, obesity, and reproductive and neurological disorders. Elevated levels of BPA have been found in the urine of cashiers who are the most intensively exposed of all. Indeed, we all have levels of this chemical in our bodies.

It’s time to ban the paper receipt in the UK. 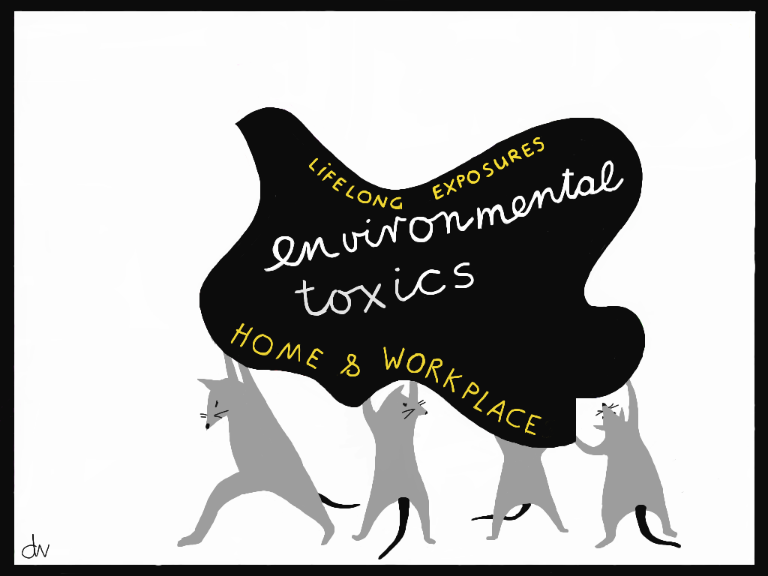 The impetus for our petition was our exchange with ASDA and Breast Cancer Now earlier this year. From Pink to Prevention, ChemTrust, Pink Ladies Derry and Breast Cancer Prevention Scotland questioned the irony of a breast-checking ‘Tickled Pink’ and ‘Be your breast friend’ campaign by ASDA in support of Breast Cancer Now and which used pink supermarket till receipts to carry the message.

Breast Cancer Now’s position is that there is no evidence linking endocrine disrupting chemicals to breast cancer and is listed under ‘Common Breast Cancer Myths’.  We continue to point then to the evidence in the hope that, one day, they will accept 21st century science and inform women of the risk, adopt the precautionary principle and act upon the evidence.

Read our open letter to both BCN and ASDA here.

All our work in 2019 was made possible through restricted grants and unrestricted donations. Special thanks to our management committee fundraising drive this year; thanks to all our project funders; and as ever, to our dedicated major donors and all our individual regular givers.

To find out more about how you can help our work, please email
Deborah@tippingpointnorthsouth.org

With all that will flow from the December 12th General Election, we’re guessing that  pre-Xmas inboxes may be fuller than usual?! So we won’t add to it and instead will be in touch in the New Year with news about our main campaign project focus – Five Percent & GND Plus; along with our main film focus – our MLK Assassination project.

Deb, Ho-Chih and all at Tipping Point