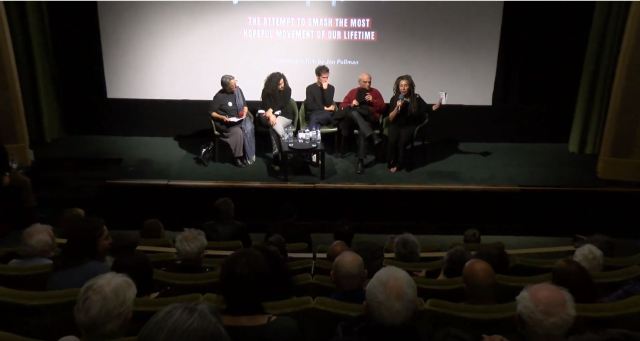 Even though I’m just a grassroots activist, I felt if the mainstream media or other production companies with a budget aren’t prepared to take this on, then someone has to, and that appears to have been me.   Jon Pullman

In 2015, while the far right was gaining ground around the world, socialist MP Jeremy Corbyn was elected as leader of the UK Labour Party in a landslide victory. Accusations of antisemitism within the party immediately began to circulate. Well-known anti-racists and left-wing Jews, such as Jackie Walker, were amongst the chief targets.

WitchHunt sets out to investigate the stories and the people behind the headlines, examining the nature of the accusations. Is this a witch hunt, as some claim? If so, who is behind it, and what is the political purpose of such a campaign? Has the media failed in its duty to fairness and accuracy in reporting on such serious allegations?  Through a series of interviews, analysis and witness testimony, WitchHunt explores the connections between the attacks on Labour, the ongoing tragedy of Palestine and the wider struggle against race-based oppression. It argues that if it is to mean anything at all, the fight against racism must  be a shared one that includes all peoples.

The film had its first public screening to a packed audience at the Regent Street cinema in central London, followed by a truly stimulating debate afterwards comprising a panel and Q&A with the audience.

You can watch the film and read press reviews here https://witchhuntfilm.org/