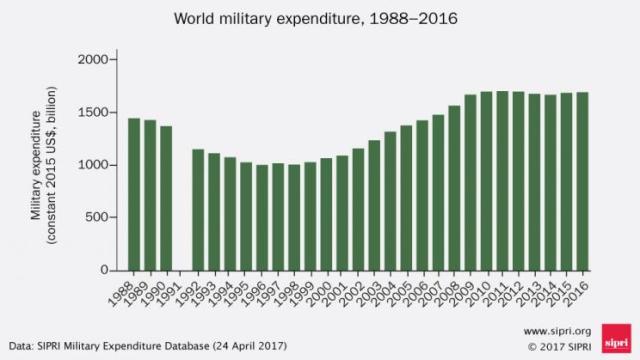 Military spending in North America saw its first annual increase since 2010, while spending in Western Europe grew for the second consecutive year.

World military expenditure rose for a second consecutive year to a total of $1686 billion in 2016—the first consecutive annual increase since 2011 when spending reached its peak of $1699 billion.* Trends and patterns in military expenditure vary considerably between regions. Spending continued to grow in Asia and Oceania, Central and Eastern Europe and North Africa. By contrast, spending fell in Central America and the Caribbean, the Middle East (based on countries for which data is available), South America and sub-Saharan Africa.

Military expenditure in Western Europe rose for the second consecutive year and was up by 2.6 per cent in 2016. There were spending increases in all but three countries in Western Europe. Italy recorded the most notable increase, with spending rising by 11 per cent between 2015 and 2016. 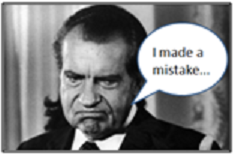