This 7th-15th May, an incredible range of activity across the UK organised by the Palestine Solidarity Campaign, will mark the 68th anniversary of the ‘NAKBA’ – Palestinians’ loss of their land when the state of Israel was created in 1948. The programme’s  closing evening event (15 May London) includes Maxine Peake reading excerpts from The Shroudmaker, by Ahmed Masoud and first performed by Justin Butcher earlier this year. 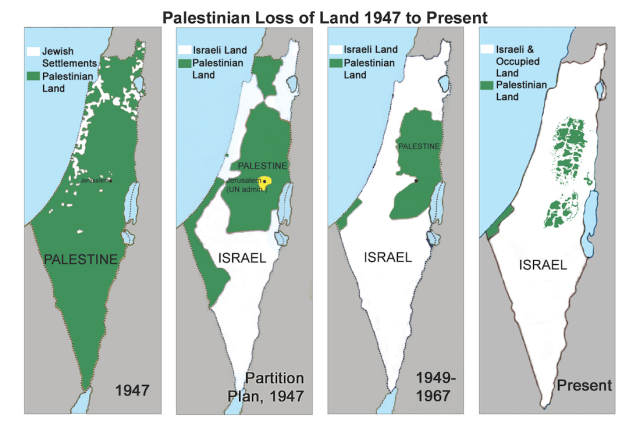 On 15 May, people will remember the violent dispossession and ethnic cleansing of Palestinians in 1948. These events, which took place during the creation of the state of Israel, are known to Palestinians as ‘the catastrophe’ or, in Arabic, the ‘Nakba’. They are the events which have led directly to today’s situation, with Palestinians dispossessed, stateless and living under occupation in the West Bank, under occupation and siege in Gaza, or in exile around the world, including millions in refugee camps to this day. And the Nakba is not over for Palestinians, as the Israeli Government continues to steal their land in the West Bank through illegal settlement building and the construction of the separation wall.

And this is what displacement looks like today – one of many thousands of stories. 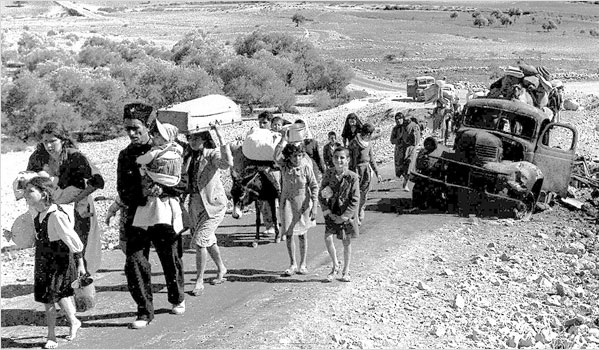 Almost 800,000 Palestinians were forced from their homes in 1948-9 and during the June 1967 war a further 325,000 Palestinians became refugees. Under UN Resolution 194, the Palestinians have the right to return to their homes, but Israel has always refused to implement the Resolution. Today over 6 million Palestinians are refugees, hundreds of thousands of whom still live in overcrowded refugee camps in the West Bank and Gaza, and in Lebanon, Syria and Jordan.

The past 40 years have seen the establishment of over 200 illegal Israeli settlements, housing nearly 500,000 settlers, within occupied Palestine. The separation wall in the West Bank, construction of which was started in 2002, cuts deep into Palestinian land and, along with the “settler only” roads, cuts off many communities from water supplies, hospitals and their agricultural land. Palestinian residents face severe travel restrictions and for many it is impossible to enter Jerusalem or to travel abroad. The treatment of Palestinians, both within Israel and in the occupied Palestinian territory, is widely recognised as a system akin to the Apartheid regime of South Africa.

Palestinians are continually under attack from Israel’s occupying forces and are increasingly harassed by settlers, who attack farmers and steal their land. Collective punishments, such as prolonged curfews and house demolitions are frequently imposed.

Palestinians living in what is today the state of Israel, also face discrimination and are treated as second class citizens.

For more information on the historical background and the situation today, read this [pdf].

Google Earth can help bring the 1948 ‘Catastrophe’ up to date

What does the ongoing ‘Land grab’ started in 1948 look like?

Established in 1979 to protect and promote human rights and the rule of law in the occupied Palestinian territory, Al-Haq is an independent Palestinian non-governmental human rights organisation based in Ramallah, West Bank. They have utilised the power of Google Maps to create interactive presentations that illustrate aspects of the occupation of the West Bank and the Gaza Strip and present Al-Haq’s written and visual documentation of human rights violations.

If you’d like to know more about Make Apartheid History, some links are below