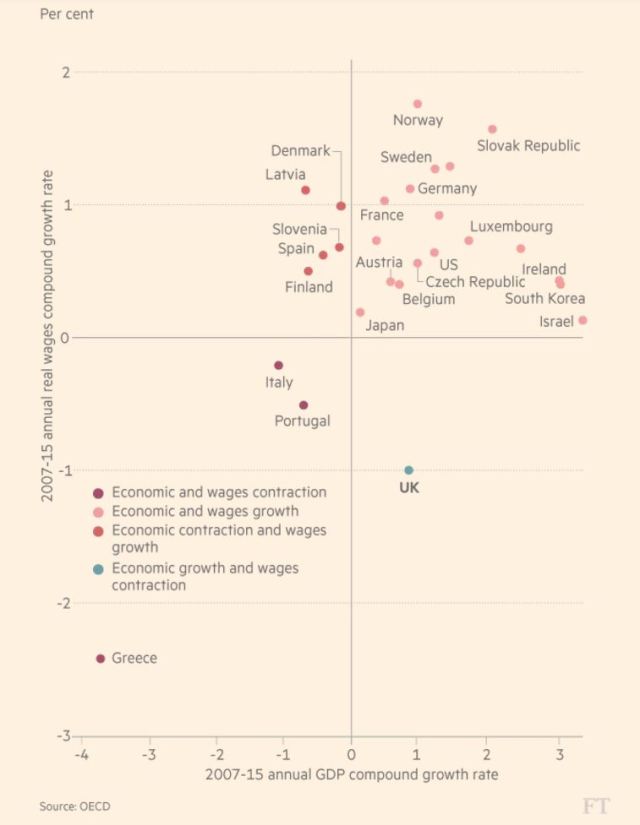 Between 2007 and 2015, the UK was the only big advanced economy in which wages contracted while the economy expanded. In most other countries, including France and Germany, both the economy and wages have grown.