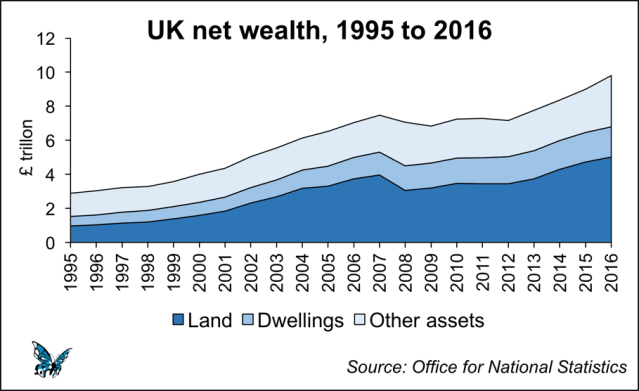 In just two decades the market value of land has quadrupled, increasing recorded wealth by over £4 trillion. The driving force behind rising house prices — and the UK’s growing wealth — has been rapidly escalating land prices.

For those who own property, this has provided enormous benefits. According to the Resolution Foundation, homeowners born in the 1940s and 1950s gained an unearned windfall of £80,000 between 1993 and 2014 alone. In the early 2000s, house price growth was so great that 17% of working-age adults earned more from their house than from their job. …

As house prices have continued to increase and the gap between house prices and earnings has grown larger, the cost of homeownership has become increasingly prohibitive. Whereas in the mid-1990s low and middle income households could afford a first time buyer deposit after saving for around 3 years, today it takes the same households 20 years to save for a deposit. Many have increasingly found themselves with little choice but to rent privately. For those stuck in the private rental market, the proportion of income spent on housing costs has risen fromaround 10% in 1980 to 36% today. Unlike homeowners, there is no asset wealth to draw on to fund new cars or holidays.

In Britain, we have yet to confront the truth about the trillions of pounds of wealth amassed through the housing market in recent decades: this wealth has come straight out of the pockets of those who don’t own property.

When the value of a house goes up, the total productive capacity of the economy is unchanged because nothing new has been produced: it merely constitutes an increase in the value of the land underneath. We have known since the days of Adam Smith and David Ricardo that land is not a source of wealth but of economic rent — a means of extracting wealth from others. Or as Joseph Stiglitz puts it “getting a larger share of the pie rather than increasing the size of the pie”. The truth is that much of the wealth accumulated in recent decades has been gained at the expense of those who will see more of their incomes eaten up by higher rents and larger mortgage payments. This wealth hasn’t been ‘created’ – it has been stolen from future generations.

It’s time to call the housing crisis what it really is: the largest transfer of wealth in living memory
https://www.opendemocracy.net/neweconomics/time-call-housing-crisis-really-largest-transfer-wealth-living-memory/ 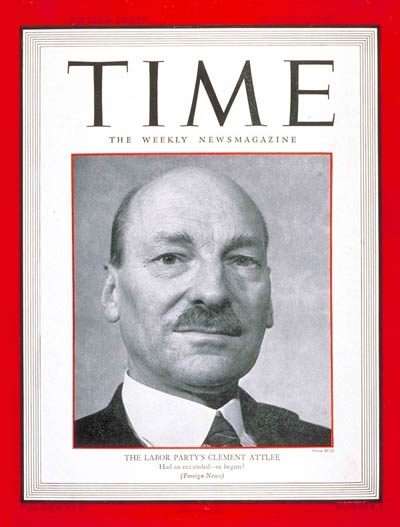