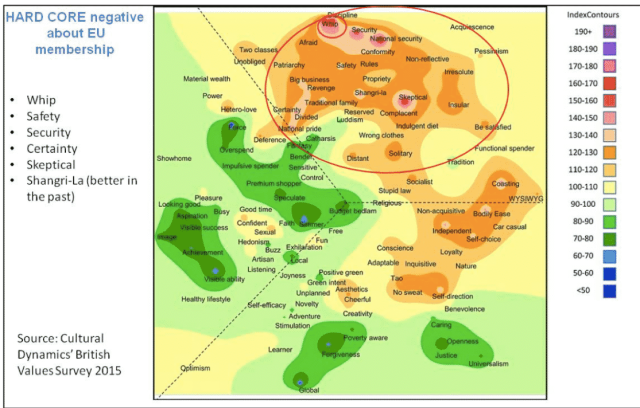 Perhaps ironically, all of these findings pose far less of a problem for the kind of Marxism that someone like Richard Seymour is trying to articulate. If the main aim is to identify what role social classes and in particular the working class have played in the crisis, it must come as something of a relief (and perhaps as no surprise) to discover that Brexit and Trump voting are really being driven by other forces. Of course, in complex ways, those “other” cultural, political and emotional forces may relate back to social structures of power ultimately rooted in the forces and relations of production. But when it comes to Brexit and Trump the more mediated the better! Contrary to the Davos-set and their kneejerk insistence on “white working-class” culpability, one can point to the usual suspects i.e. petty bourgeois authoritarians, pensioners nostalgic for the 1950s etc. The workers that were lost to UKIP or the Republicans were lost a decade back (at least).

Explaining Brexit and Trump: Search for a Method
https://www.adamtooze.com/2017/03/01/explaining-brexit-trump-search-method/